Living in Nepal for several years, you sort of get used to the little tremors… you get jolted awake in the middle of the night, or your desk does a quick shake.

My first earthquake was in the monastery kitchen at Tengboche when the tea ladles hanging on the wall began to sway.  It was confusing – just a mild sense of motion – but the two Buddhist lamas sat calmly.

The first sense of the 2015 earthquake might have been ten days before when we were planning a work field trip to the mountains in Manang. We knew that the road was bad with ice and snow left over from the winter… but I had this ominous feeling.

I was able to change the field schedule to do a shorter trip first and arrive back in Kathmandu on the Thursday before… but having no idea of what would happen on Saturday. Otherwise, on the originally planned date we would have been driving on a road across several cliffs at the time of the earthquake only 50 kms from the epicentre.

It was a muggy but chilled out late morning waiting for a friend to have coffee.

The main earthquake started as several little quakes that kept building in intensity over five minutes that felt like fifty.

That afternoon as I knelt under a table and the shakes grew and grew, it was as if there was no past and no future. It was as if I was totally in the ‘now, the present moment.’

That moment of being alive but connected to all those experiencing the horrendous destruction and death happening with each shake.

The power of the quakes… 7.9, 6.9, 7.3 brought huge devastation to some districts of central Nepal. Old style houses made of rocks and mortar collapsed killing about 9,000 people. 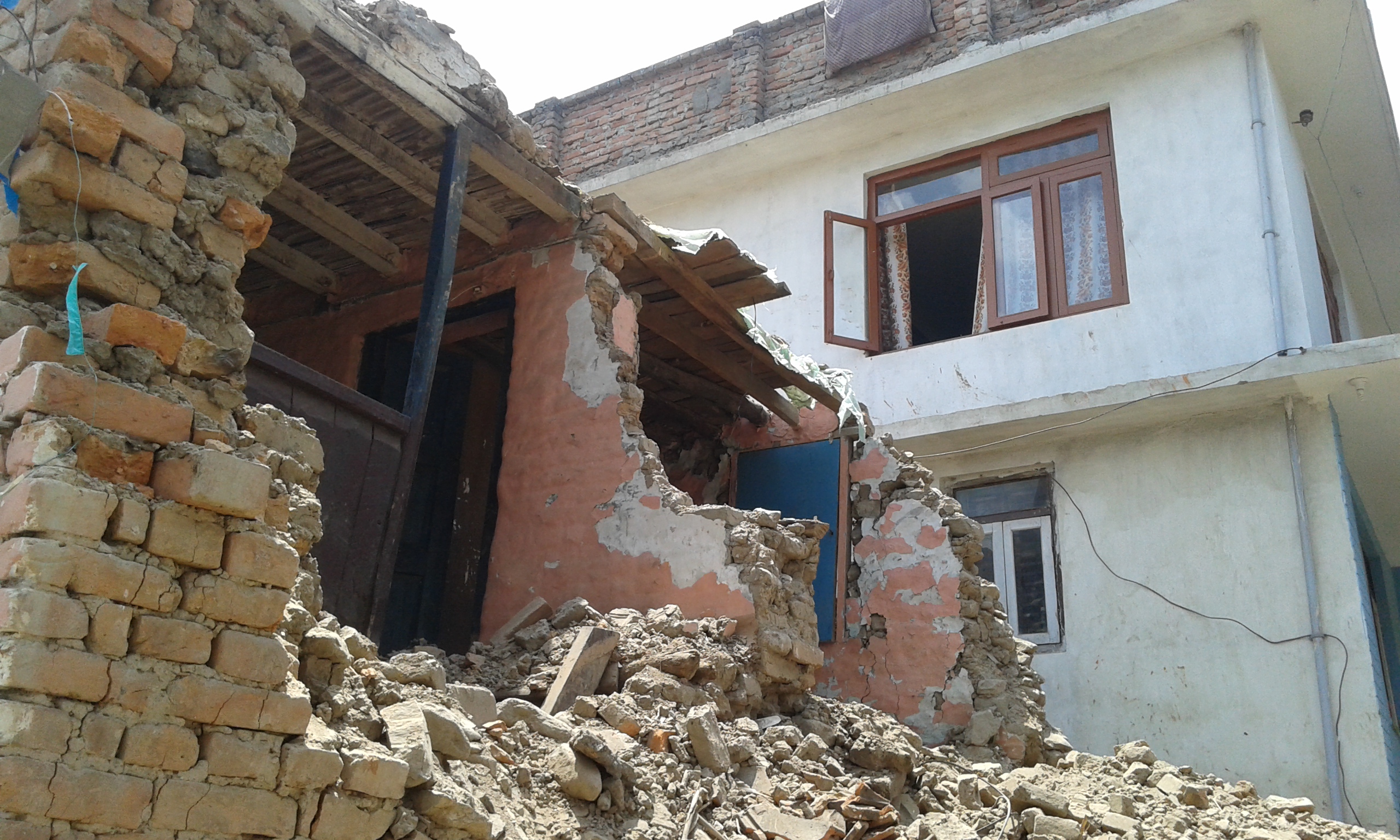 Over the next 48 hours especially, the ground kept on moving. We later counted on the government seismic website that there had been 108 aftershocks in 48 hours that were over 4 in magnitude, earthquakes in their own right if it had not been for the big one.

The weeks and months that followed were filled with the immediacy of connecting people and places and groups… always in the moment.

The frequent aftershocks drove a very tangible fear of being in the wrong place at the wrong moment.

It was a very moving to see people come together, to see how young people organised to help those in need. Helped me to sense our common humanity and the importance of helping others. A very tangible response to the tangible fear.