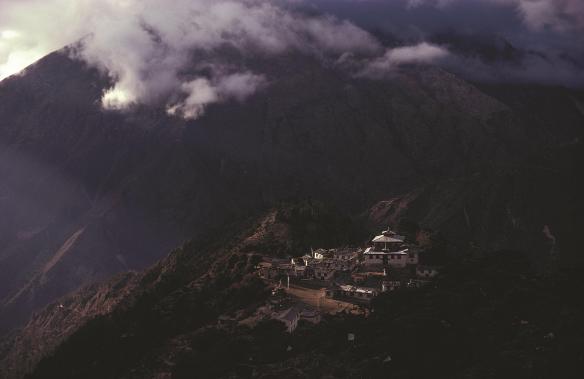 Tengboche holds a special place in the hearts and minds of both Sherpas and world visitors. On a ridge in the heart of the Khumbu valley, it is more than just a monastery. The scene of the monastery surrounded by snow-clad peaks, realizes many people’s notions of Shangri-La, of a sacred place beyond our daily existence. 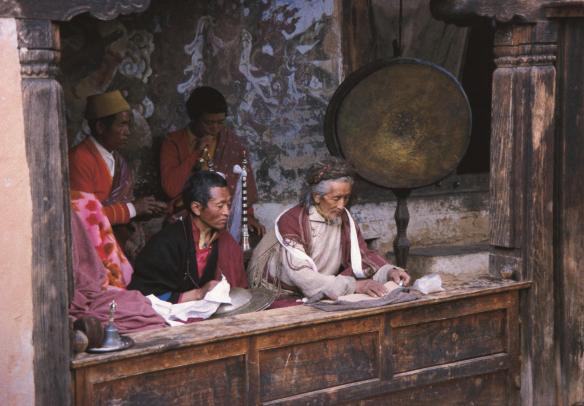 Despite Tengboche’s fame, the Sherpas only founded celibate monasteries relatively recently. For about four centuries, they practised their faith in hermitages and each village’s gonda (temple) under the direction of married lamas (teachers) who performed the rituals required by the community. 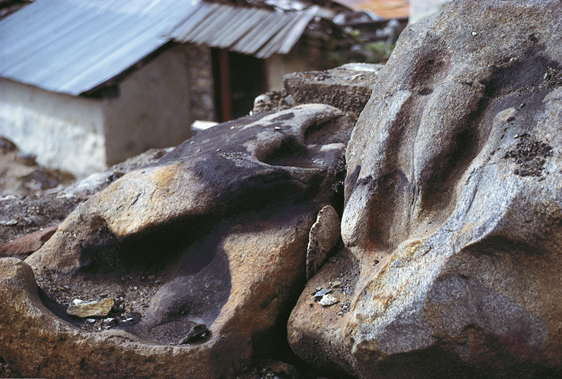 In 1914, the Abbot of Rongbuk monastery on the north side of Everest in Tibet told a devout Sherpa, Lama Gulu, to establish a celibate monastery in the Khumbu. Lama Gulu went home to Khumbu and discussed the request with other Sherpas. They proposed several sites, including a remote ridge called Tengboche. Lama Gulu returned for advice to Rongbuk, where the abbot replied, “At Tengboche, at the edge of the flat area, where Lama Sangwa Dorje left footprints in stone.” 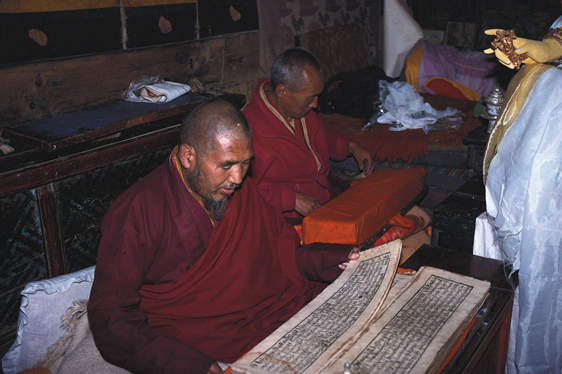 Sherpas from many villages worked for three years to build a gonda for Tengboche monastery. They completed it in 1919 and the Abbot of Rongbuk came for the opening celebrations. His presence attracted Sherpas from several days’ walk away. Thus, Tengboche became a focal point for Sherpa religious activities and the larger community of Khumbu.

In 1932, an earthquake destroyed the monastery’s main temple. Lama Gulu was not injured but passed away that night. The monks of Tengboche went to Tibet to visit the Rongbuk Abbot, who told them to rebuild the gonda. He donated some money to start the reconstruction.

Six years later, a young child from Nauche was brought to the Rongbuk Abbot, who recognized him as the reincarnation of Lama Gulu.

Tibetan Buddhists reserve the title Rinpoche for special teachers and their reincarnates. The Buddhist people of the Himalaya revere thousands of rinpoches in Nepal, Tibet, Bhutan, and India.

When asked about the changes in the Khumbu valley, Tengboche Rinpoche has replied:

“There are outward changes in appearances: some of our dress, houses, occupations, and opportunities.

“However, our Sherpa ceremonies and traditions — how we name children, assist the dead, get married, and celebrate a year’s passage — all this remains intact. What is most important to us remains. The coming of foreign visitors to Khumbu has not changed our inner culture.” 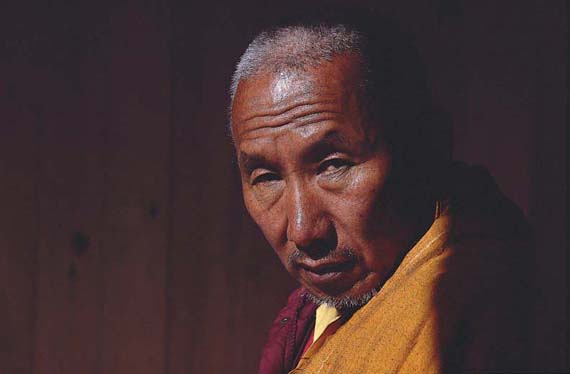